It’s important to know who’s making your jean.
You wouldn’t put your favorite boots in a box, ship them off to a far away land and, fingers crossed, hope they come back OK. You invest in a skilled and trusted cobbler or boot repair shop – someone that we want to see succeed.
Hajime Inouie will be making your jean.

Check out Hajime at
The Happy Jeans Blog 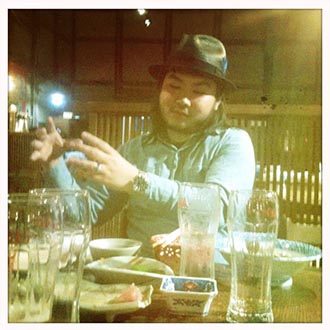 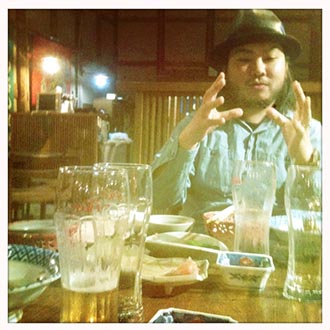 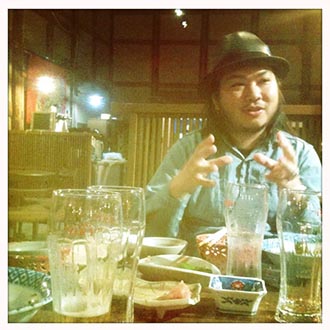 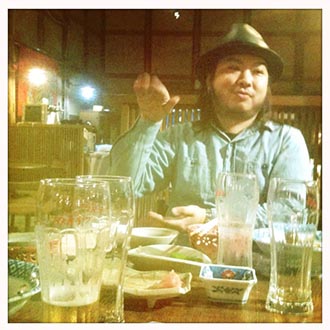 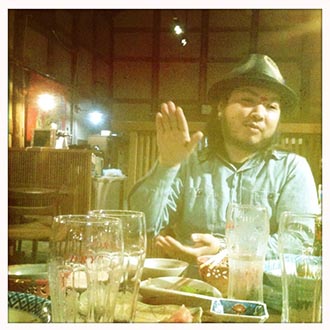 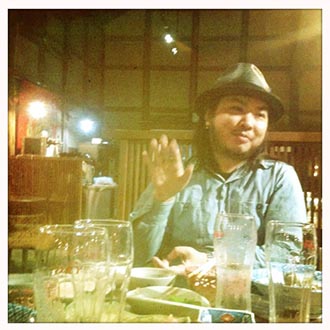 This photo is from our first meeting with Hajime- you can see how passionate he is even here. He lives, eats, breathes and sleeps denim. It’s like listening to Steve Jobs talk about the iPhone, that level of obsession and excitement. A dedication to craft that’s simply not found in any other place than TCB. Hajime was born in Hiroshima, Japan and, like a lot of Japanese guys his age, has an undying affection for all things vintage. Vintage jeans & vintage sewing machines are easily his biggest vice. (he also loves to slip on a pair of Vans). He moved to Kojima to find a job in the industry but struggled as he was technically a foreigner in the very close knit denim community. Even though Hiroshima is very near Kojima he was still treated as an outsider. He was finally able to find an apprenticeship in a forward thinking factory that hired bright eyed, un-skilled sewers and taught them how to make a blue jean. After some time there Hajime was able to open TCB. TCB is now that same type of sewing room. Hajime’s workshop is as much a class room as it is a sewing facility. With only a few employees he touches every piece, spending as much time instructing as stitching. He is essentially training the next generation of denim manufacturing in Japan.